For this week’s challenge people were able to submit their fashion fumbling friend for a total makeover, and the new clients are regular sized women. The designers seem pretty afraid… but try to keep a fearless face in front of their makeover clients.

Gunnar shows a softer side, when his model breaks down, and Ven is upset that his client is plus sized, while some of the other designers have model-sized, ‘regular’ women. He deals with his frustrations by bashing his client to Tim, and all of the other designers are shocked to overhear him speak that way. I don’t know who wouldn’t be shocked at Ven’s behavior, I personally think this week would have been good chance to get him voted off.I understand that he’s one of the best designers this season, but his attitude this week put a bad taste in my mouth. Everyone is given one day for the challenge which consists of one complete look, and the goal is to satisfy the client and their specific needs.

He created a dress that looked great on his model. It’s a simple but well draped garment that really stood out to me. The color is very wearable for many seasons, and this would be great for work.

Fabio did the best job with the client that he was given. She was not a dress wearing woman before this challenge, and he met all of her needs and surprised everyone with this episode winning dress. The styling I thought was also perfect for the client, giving her a very wearable look. 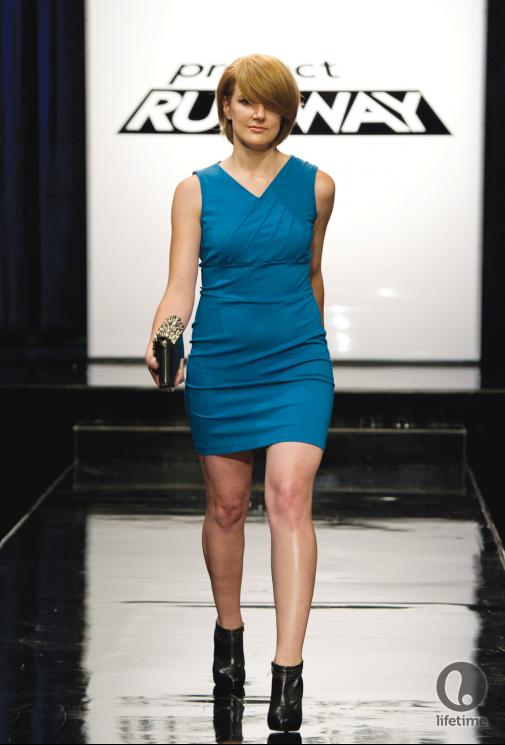 Dmitry did a great job pleasing his cleavage shy client this week. To make her look stand out despite the high neckline, he chose a great bright color, and made the dress a mini, which I thought were great concessions. 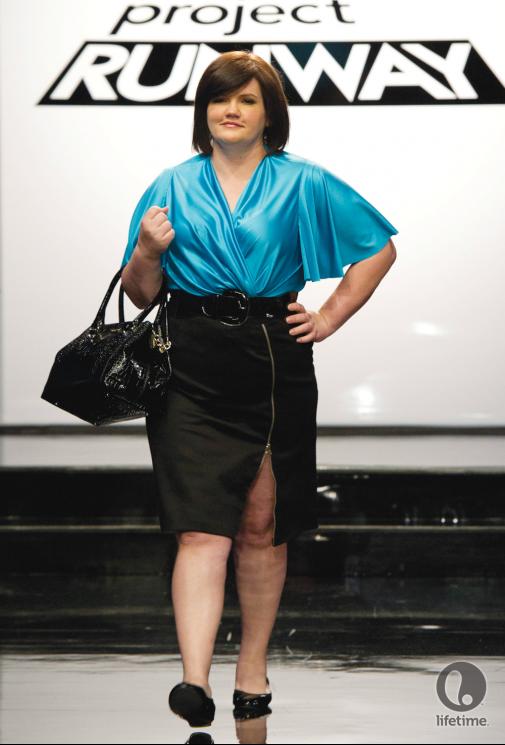 Obviously Ven was a disappointment this week in more ways than one. His look was mediocre, and his attitude was shocking. Ven was the bottom of the barrel in every way this week, I hope he can do something to redeem his image. I wish him luck.

Ven… let’s see if he can win back people’s hearts!

Fabio – He’s finally got his rhythm, I hope he can sustain it.